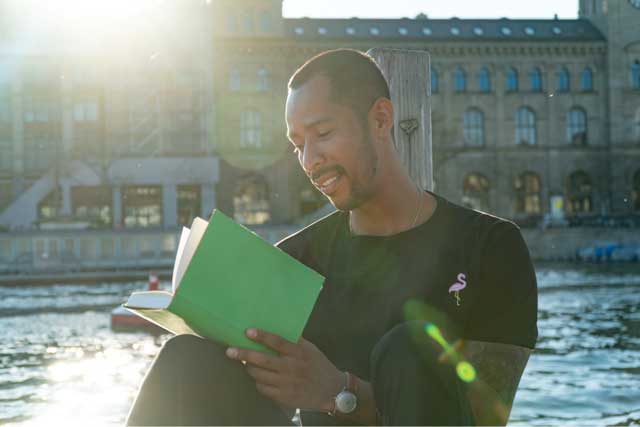 Oh, the joy of reading! When reading, you only need two things: yourself and the story you are going to read. And off you go to a magical world, ready for an adventure, armed with your imagination.

The thing about reading is not only that it opens your mind to new places, but it helps you acquire a language like English. Reading stories you might already know and love like The Ugly Duckling or stories you find interesting like The Science Behind Friendship helps you improve your reading skills, build your vocabulary, and enhance your listening comprehension.

Reading is a great method to acquire a language naturally. So if you are looking for a fun and easy way to master a language, try the parallel text method with Beelinguapp!

Thumbelina, also known as Tommelise, is a classic Hans Christian Andersen fairy tale. It was first published in 1835 as part of a seven-part series of fairy tales. But because of its informal language and lack of moral lessons, it was not well received by Danish people when it was originally released. Nevertheless, this tiny tale emphasizes the importance of kindness, bravery, and honesty in the face of adversity.

Thumbelina was born of a flower and she is no bigger than a thumb or a bumble bee. She hopes and dreams of finding her true love, but is afraid she will never meet someone her own size. One day, she meets Prince Cornelius of the Fairies, the person she wished for. But one night, Ms. Toad took Thumbelina away, persuading Thumbelina to join her singing group and marry her son. Now poor yet brave Thumbelina must flee Ms. Toad, with the help of her animal friends.

Check out Thumbelina on Beelinguapp today!

The wizarding world of Harry Potter is a seven-series fantasy novel written by J.K Rowling. The Harry Potter series spans a wide range of genres, including fantasy, drama, coming-of-age, comedy, and romance, as well as mystery, thriller, adventure, and horror.

The books have been translated into eighty languages and have sold over 500 million copies around the world, making them the best-selling books in history. The success of Harry Potter books allowed for the franchise to expand into films, amusement parks, a traveling exhibition, even a play entitled Harry Potter and the Cursed Child.

The story follows Harry Potter, Ron Weasley, and Hermione Granger as they attend Hogwarts School of Witchcraft and Wizardry. Throughout their journey, Harry and his friends find themselves fighting the dark wizard Lord Voldemort, who is attempting to become immortal in order to overthrow the Ministry of Magic and conquer all wizards and Muggles.

Antoine de Saint-work Exupéry's famous classic called The Little Prince, also known as Le Petit Prince, became his most successful work, selling about 200 million copies worldwide. Le Petit Prince was first published in 1943, with illustrations made by Saint-Exupéry himself. The book has been translated into 301 languages and has been reproduced into different mediums such as radio plays, movies, audio recordings, ballet, even opera.

The timeless tale follows the adventures of a young prince who lives on asteroid B-612. This young prince visits different planets in space, meeting memorable characters, as well as exploring different life lessons in loneliness, friendship, love, and loss. When the little prince visited Earth, he met a wise Fox who taught him the value of trust and friendship.

4. The Tale of Peter Rabbit

The Tale of Peter Rabbit is one of the best-selling children’s books written and illustrated by the one and only, Beatrix Potter. Although the book was first printed in 1901, it was only commercially launched in 1902. Since its publication, the book has produced plenty of products, including food, apparel, and toys. The book has also been adapted in television, film, and other books. It’s even available in Beelinguapp!

The story follows a Peter Rabbit, a mischievous and disobedient rabbit. Before heading to the baker, Peter's mother told him and his siblings not to go near Mr. McGregor's garden because of an "accident" in which their father was involved. However, naughty Peter didn’t obey his mom’s warnings. He instead heads into the garden to eat some vegetables. When Mr. McGregor notices Peter, he chases him around. Frightened Peter heads home in a rush, losing both his shoes and his blue jacket. Little Leaders: Bold Women in Black History is a New York Times Bestselling book that highlights 40 remarkable black women throughout American history written by Vashti Harrison. The women in Harrison’s book are fearless and inspiring, and their accomplishments, which are worth remembering and celebrating, paved the way for many to make the world a better place.

These exceptional women are depicted by Harrison as "mini representations" of themselves, to remind readers of the incredible achievements that can be achieved with just one dream. Sojourner Truth, Harriet Tubman, Rosa Parks, Alice Ball, Josephine Baker, Mahalia Jackson, Ella Fitzgerald, Shirley Chisholm, Maya Angelou, Gwen Ifill, Wilma Rudolph, and Dominique Dawes are some of the amazing leaders featured in the book.

Cinderella is a popular fairy tale also known as The Little Glass Slipper. An interesting fact about the story is that the first European version was published in Italy by Giambattista Basile. However, the version of the story that we are most familiar with is Charles Perrault's French retelling. In 1812, the Brothers Grimm published their own adaptation under their book called Grimm's Fairy Tales.

Cinderella is a story about a beautiful and kind girl whose life was turned upside down after her father remarries another woman. Her stepmother is not a kind woman, and she enslaved Cinderella day and night. One night, as the town’s royal ball was in order, poor Cinderella was held captive with cleaning, more errands, and extra chores that she had no time to get herself ready. But when her fairy godmother appears, Cinderella is transformed magically, ready for the grand ball. At the ball, she meets a handsome Prince and they both danced together all night. But as soon as the clock strikes midnight, the magic goes away.

Read Cinderella in Spanish, German, Korean, and more with Beelinguapp!

Charlotte’s Web is a children’s book written by E.B White, published by Harper & Brothers on October 15, 1952. In 1973, the book was made into an animated feature picture, with a sequel following in 2003.  In 2006, a live-action rendition of the original story was released, along with a video game based on it.

The classic children’s story is an easy read for both children and adults, selling more than 45 million copies worldwide. The book has also been translated into 23 languages, and the New York Public Library announced that it was the sixth most borrowed book in 2010.

Charlotte's Web is a story around a pig named Wilbur and his friendship with Charlotte, the spider barn. One day, Wilbur was set to being slaughtered by the farmer so Charlotte decided to write messages about Wilbur’s good deeds.

8. The House on Mango Street Sandra Cisneros, a Mexican-American author, wrote the novel The House on Mango Street. The novel is considered a modern classic of Chicano literature and has been part of several academic publications in Chicano studies and feminist theory.

The book has been translated to more than 20 languages and has been one of The New York Times Best Seller, as well as a recipient of the American Book Award.

For many adults, the coming-of-age novel is a must-read, yet it tackles sensitive issues like puberty, racism, and domestic abuse. Sometime in 2020, it was reported that the novel was to be adapted into a television series, but the planning was dropped.

The House on Mango Street tells the narrative of Esperanza Cordero, who lives with her parents and siblings in a Chicago neighborhood. As the story progresses, you can see Esperanza growing up and gaining a different perspective of her surroundings. Along with her experiences, she develops a sense of maturity and identity that she will always carry wherever she may be. 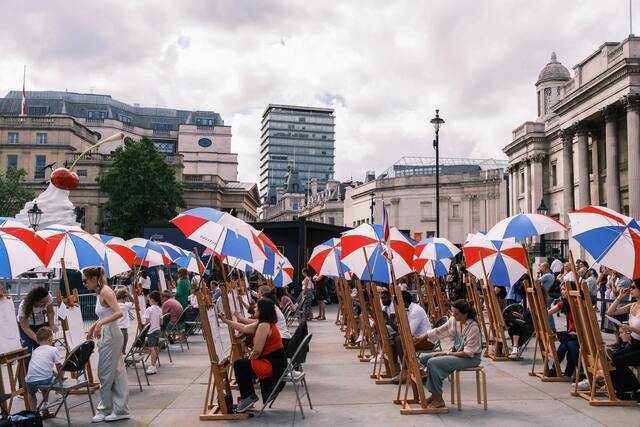 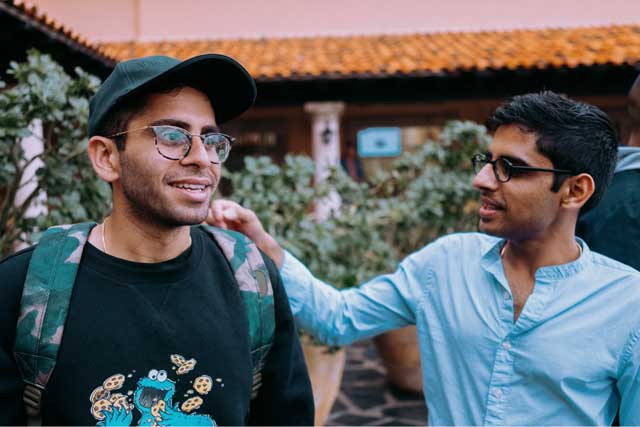 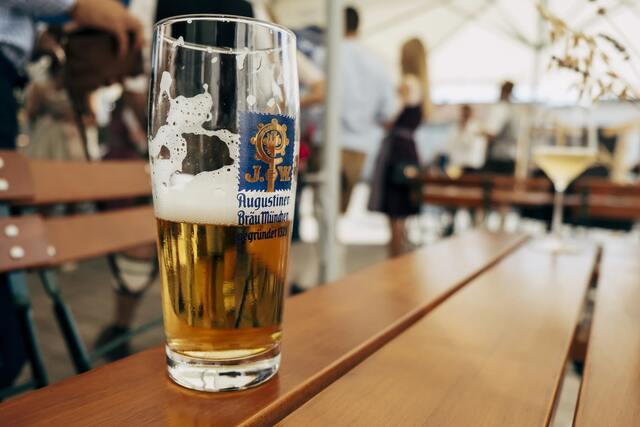