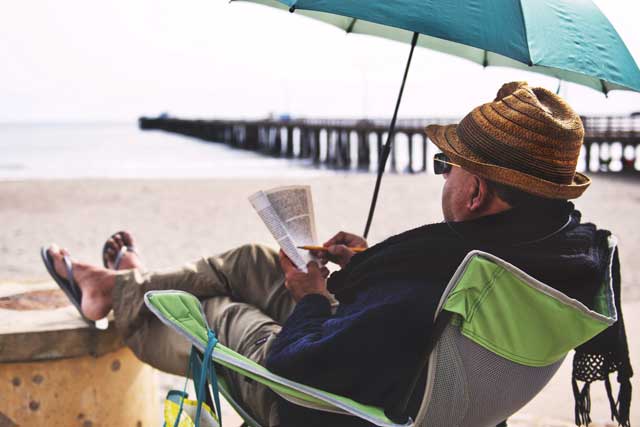 Ever wonder what happens when you read something in Spanish?

For one thing, if you read something in Spanish then the magic of the Madrigal family gets stronger and Bruno gains extra confidence to leave his hidden kitchen lair. Maybe then we can finally talk more about Bruno, right? Or maybe I’ve just been watching too much Encanto…

Jokes aside, reading something in Spanish, whether it be the biography of Frida Kahlo or a short story about Tarzan, is great for you, your brain, and your Spanish lessons.

According to the legendary A+ scientist aka Dr. Stephen Krashen, reading meaningful stories is a great way to master your target language like Spanish. With this method, you are engaging with stories you love while expanding your brain, all in the comfort of your own home and preferred technology.

If you are in the mood for some Spanish reading, check out our library of bilingual audiobooks for more reading materials. For the meantime, take a look at our list of easiest Spanish books to read! If you have any book recommendations or cool Spanish reads, give us a shoutout on Twitter! Papelucho is a twelve book series written by the Chilean author Ester Huneeus, who goes by the pseudonym Marcela Paz. Between 1947 and 1974, the books were published, and they have since become a classic children's book in Chile.

In 1982, Marcela Paz was awarded with Chile's renowned Premio Nacional de Literatura. And in 1968, her book called Papelucho the Missionary was a finalist for the Hans Christian Andersen Award in Switzerland.

The book was also translated to several languages like French, Japanese, Greek, and Italian. At the end of 2006, a bilingual Spanish-English edition was available in Chile. And an English version was created by Linda Craddock, Ailsa Shaw, and Jean Paul Beuchat.

Papelucho was written in a clever diary-style by the main character, Santiago, who uses his curiosity, imagination, and sense of fantasy to discover pleasure and fun in ordinary life. Throughout the series, you can follow Papelucho’s fun adventures and funny misfortunes, and how he manages growing up as a son and a brother to a baby sister.

2. The Legend of La Llorona: A Short Novel

Rudolfo Anaya published The Legend of La Llorona: A Short Novel in 1984. In the fiction book, he talked about the story’s historical origins and mythological powers. According to Anaya, the first La Llorona was a Malinche who grew into something of a noble but sorrowful character. But the folklore evolved into something mythological and superhuman as it was told and retold over time.

The Legend of La Llorona has been told for generations, particularly to Mexican children. The tale is about a weeping woman named Maria who marries a rich man, whom she had two children with. But one day, Maria sees her husband with another woman. Consumed with anger, she makes the decision to drown her children in a river. Overcome by guilt for what she had done, Maria drowned herself. As a result, she is unable to enter the afterlife and is forced to wander the Earth in search of her children.

Check the story and the song about La Llorona on Beelinguapp now!

One Hundred Years of Solitude or Cien años de soledad tells the story of the Buendia family, who founded the town of Macondo. The novel is widely regarded as one of the best works of literature, written by Gabriel Garcia Marquez, a well-known Colombian author.

Cien años de soledad depicts the vastness of Latin American culture, as well as embodies the story and charm of magic realism, in which magic and the supernatural exist together. Since its first publication in 1967, the novel has been translated into 46 languages and has sold more than 50 million copies around the world.

Cien años de soledad, Garcia Marquez's magnum work, covers the epic story of  the seven generations of the Buendia family, spanning over a hundred years in Latin American history. The story begins with José Arcadio Buendia, the town's founder, as he creates the world around him based on his perceptions. As soon as Macondo was built, strange things started happening that the Buendia family found it difficult to escape. Como agua para chocolate or Like Water For Chocolate is a Spanish novel written by a Mexican novelist named Laura Esquivel. The book has been translated into a number of languages and has sold around 3.5 million copies in the United States. In 1994, the novel won the American Booksellers Book of the Year Award for Adult Trade.

The story follows a young girl named Tita de la Garza, who falls in love at first sight with her neighbor Pedro. Luckily for Tita, the stars aligned, and Pedro felt the same way. As a result, Pedro visits the family ranch and asks Mama Elena for Tita’s hand in marriage. But, as their family tradition goes, Tita who is the youngest daughter needs to remain unmarried in order to care for her mother. According to Tita’s mother, Pedro must instead marry Tita’s older sister, Rosaura. Tita deals with the struggles of her family traditions and her love life, but she is able to express her emotions and feelings with the delicious and magical food she cooks.

Gloria Fuertes was a Spanish poet and children's book author who rose to prominence in the 1970s in Spain. She is most noted for her work on children's television shows. In her writings, she talks about equality for men and women, as well as her environmental activism. In 2017, Fuertes was honored for her role and contributions in Spanish poetry.

Gloria Fuertes' debut book, Cangura para todo, was one of her first works. It was published in 1968, garnering her the Hans Christian Andersen International Prize for Children's Literature diploma of honor in 1975.

The book is about a kangaroo named Marsupiana. Marsupiana has been hired as a babysitter for a human family. She takes the children to school and runs errands for the parents. But one unfortunate event happened that led Marsupiana back to Australia. Will Marsupiana the babysitter kangaroo be able to leave Australia, and go back home?

The Brothers Grimm initially published this widely popular German fairy tale (Snow White) in 1812, in the first edition of their collection Grimm's Fairy Tales under the title Tale 53. Another fairy tale collected by the Grimms is Snow White and the Red Rose, which is different from the Tale 53 version.

Snow White was trademarked by Disney Enterprises, Inc. in 2013, and it protects all live and recorded movies, television shows, news, pictures, and other forms of entertainment, except the literary fiction and nonfiction works.

Once upon a time, there was a beautiful girl named Snow White. She was kind. She was nice. And she was a friend to animals. But the evil Queen was so jealous of her that she ordered a Huntsman to kill Snow White. Instead of killing the young princess, the Huntsman told her to go far far away so that the Queen can never find her. As she went deeper into the woods, she found a tiny cottage and there she made herself feel at home. She cooked and cleaned and fell asleep until the Seven Dwarfs found her. Snow White danced and played with the Seven Dwarfs, until one day the Queen found out about Snow White… Isla del Tesoro or Treasure Island by Robert Louis Stevenson is a coming-of-age story about pirates and their buried gold. The novel was first released in a children’s magazine under the name of Treasure Island or the Mutiny of the Hispaniola. More than 50 adaptations of the adventure story have been created, including films, television shows, plays, comic books, audio recordings, even video games.

Billy Bones dies in an inn in Admiral Benbow, near Bristol, England, after being stricken with a black spot. And Jim Hawkins, who lives in his parents' inn, was so intrigued by Billy Bones' untimely death that he and his mother decided to open the trove Billy had left behind. Jim and his mother found a journal and a mysterious map inside, so they decided to take the documents with them before Billy’s searchers arrived. Later on, Jim discovered that the mysterious map was for a great treasure that Captain Flint had buried on a faraway island. Thus, the expedition for the lost treasure began.

Learn more about this adventure story in Spanish and English side-by-side with Beelinguapp!

J. M. Barrie, a Scottish novelist, wrote the classic children's book Peter Pan. Peter Pan has become a cultural symbol of escapism, adventure, and childhood innocence.The story has been reproduced into a variety of mediums, including plays, silent films, musicals, animated films, and video games. In addition, two biographical dramas about Barrie’s development of the Peter Pan story were produced – The Lost Boys and Finding Neverland.

The story goes like this… As Wendy and her two brothers were off to bed, Peter Pan and Tinker Bell dropped by for a visit. Peter introduces himself as the captain of the Lost Boys of Never Land and invites them to fly with him back home. Intrigued by Peter’s proposal, Wendy and her brothers joined Peter Pan and Tinker Bell on a magical journey. Pirate attacks take place and lots of fairy dust is sprinkled throughout the movie, making their adventure more unforgettable.

Fly away to Neverland with Peter Pan, Tinkerbell, Wendy and her siblings, and the lost boys by reading the story in Spanish, German, Korean, and more with Beelinguapp! 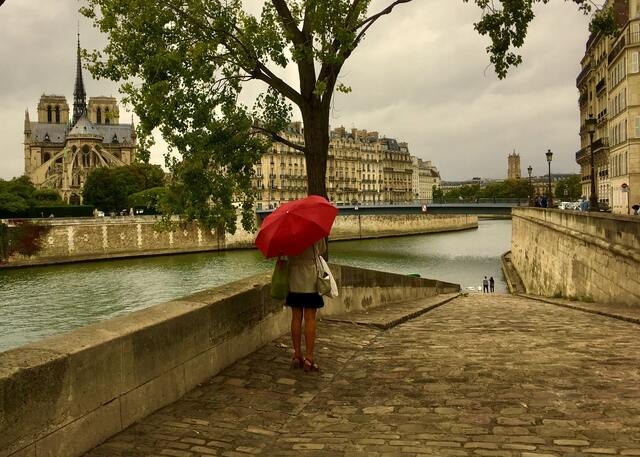 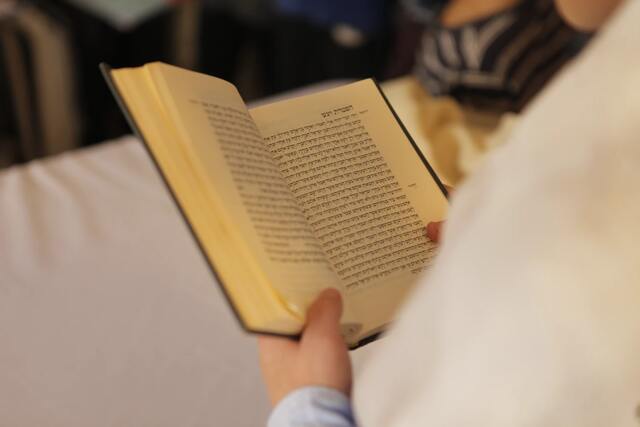 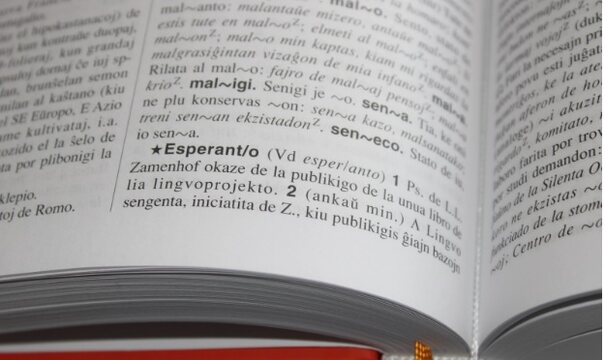